A decade of Padbol -

A decade of Padbol 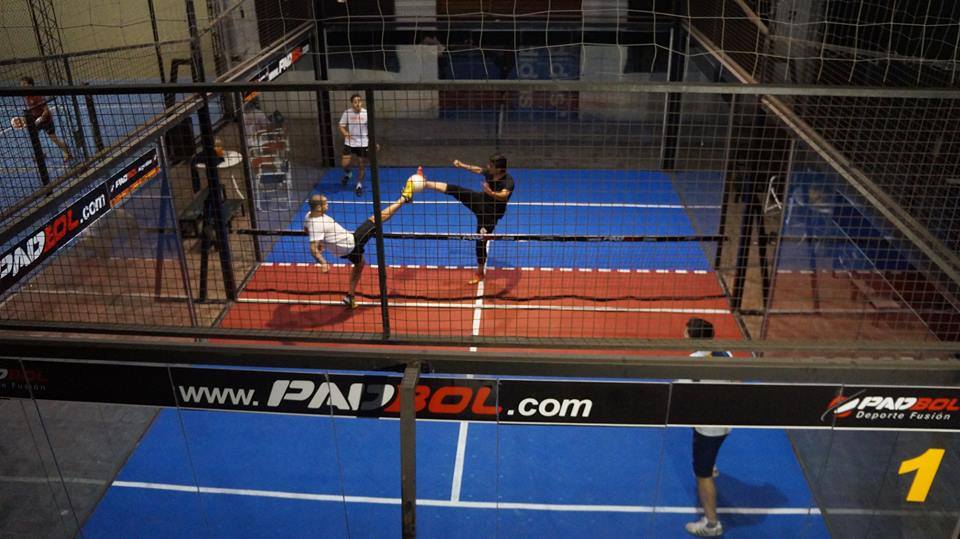 In December 2010, punctually on the 22nd, Gustavo Miguens‘ dream was finally embodied, having inaugurated the first Padbol playing field in history. Gone were years of development, testing, effort and essentially an initial idea that would drive this creative path.

Fundamental to its construction was the performance of the well-remembered Salvador Castiglione, who was a highly qualified builder specialized in metal structures. In fact, that first playing field is still in current use, although it has been moved into what is now La Meca Padbol Club, in the central area of ​​La Plata and bears the name of the beloved “Salva”.

The work of a group of players “Los Escorpiones” with whom they began to see the first skills and benefits of Padbol should also be emphasized.

Within the celebrations of this anniversary, the imminent launch of a new international field reserve APP, an absolute renewal of all the franchise manuals, an official line of Padbol clothing, the creation of an anthem for the competitions of the International Federation and the birth of the mascot of our sport among other things.

Many people, entrepreneurs, players, and sponsors have been a part of it throughout this first decade; each one of them contributing a lot so that today it is a sport played in more than 25 countries and in full swing.

We affectionately greet each and every one of them, the old, the new and those who are still part of it with a, as Rafa Príncipi from Mar del Plata – Argentina once said, Padbol hug!

This website uses cookies to improve your experience while you navigate through the website. Out of these cookies, the cookies that are categorized as necessary are stored on your browser as they are essential for the working of basic functionalities of the website. We also use third-party cookies that help us analyze and understand how you use this website. These cookies will be stored in your browser only with your consent. You also have the option to opt-out of these cookies. But opting out of some of these cookies may have an effect on your browsing experience.
Necessary Always Enabled
Necessary cookies are absolutely essential for the website to function properly. This category only includes cookies that ensures basic functionalities and security features of the website. These cookies do not store any personal information.
Non-necessary
Any cookies that may not be particularly necessary for the website to function and is used specifically to collect user personal data via analytics, ads, other embedded contents are termed as non-necessary cookies. It is mandatory to procure user consent prior to running these cookies on your website.
SAVE & ACCEPT