Rafael Nadal showed us throughout his professional career that he has a winning mindset, which he not only used in the brick dust of Roland Garros or the grass of Wimbledon, but also he used it to be a real champion outside the courts.

Once again the Spanish tennis player reached decisive instances of a Grand Slam, although without losing sight of his other commitments. Nadal is an ambitious, disciplined guy who loves sports, that’s why he also took the opportunity to play Padbol. 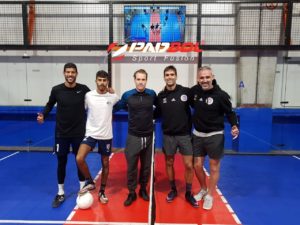 Lately, Rafa boosted his business projects and expanded the capacities of his great Rafael Nadal Academy, where he has the Club and the Padel Indoor Manacor. This is precisely the place where the Padbol court that he built is located, which was presented at the time by the multiple-time champion and friend Juan Alberto Ramón, with whom he also shares the passion for discipline like all of us.

The property is amazing: it is full of tennis, paddle tennis, and football courts, but it also has gyms, squash, semi-olympic swimming pool, beauty salon, spa, and of course, the Padbol court, that day by day continues to add fans. The same thing happens with this player from Manacor, who in addition to performing with the racket, in the Real Madrid and in business, he now also performs with fusion sport. 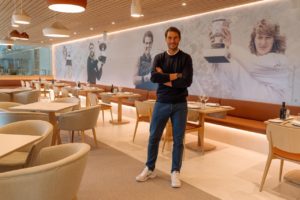