The Bucovina tournament was held with many teams and amazing moves.

The fusion sport keeps steadily growing in different corners of the world, and in this opportunity Romania was the country which enjoyed a prestigious championship. Last weekend, in the beautiful city of Radauti, the Bucovina Padbol tournament was held, where once more, the focus was on the ball, the crystal walls, the movements and Chivi. 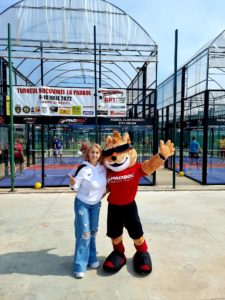 Good vibes and respect for rivals and the game reigned in the third national event of the year in that country, which took place at the Campo di Medici Sports Base. Teams from the entire region and various locations participated there, such as Bucharest, Craiova, Timișoara, Giurgiu, Targoviste, Cugir, Bârlad and Iași, which competed in front of the cameras during two intense days of the best Padbol. 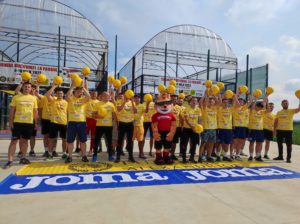 However, the event consecrated the champion to the team made up of Olivian Surugiu and Victoraș Popescu, who defeated Răzvan Ciobanu and Laurențiu Dinuică team in the final. Meanwhile, the teams made up of Mihai Țiplic and Aurel Voicu, as well as Aurelian Surd and Ovidiu Vasian, ranked third and fourth, respectively

The president of the Romanian Padbol Federation and organizer of the event, Elisabeta Gherghisan, was another of the great leading figures, along with dozens of sponsors, collaborators, former soccer players and prizes that the players distributed.

This was another success for this sport on the Romanian Padbol Tour circuit, which year after year continues to grow and adding fans of this magnificent sport.