It is difficult to imagine how far the passion for Padbol can go. But the journey has been generating networks and crossing borders that are increasingly enlarging this community. For this reason, this sport has gone beyond barriers to the point of sparking the interest of many important people in the world. And one of the big events was when Padbol took part of the adventure of the Argentine football team in the World Cup in Russia.

Led by their former coach, Jorge Sampaoli, the “albiceleste” team enjoyed everything Padbol generates. Following the agreement made with the Argentine Association Football League (AFA), a court was installed on the grounds of the Bronnitsy Training Center for the World Cup in Russia, where the players were able to relax during their stay.

The complex had several games, fields, gyms and all the amenities to get ready as well as enjoy entertainment in their free time. And among them was the court, decorated with billboards of the professionals and the colors of the Argentine team. 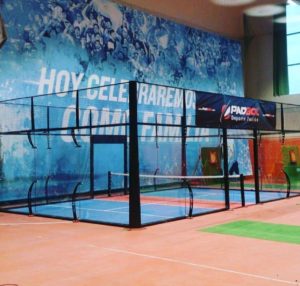 Without a doubt it was one of the great incursions of Padbol, which in addition of being with the Argentine National Team of Lionel Messi and company, was gaining ground among some important clubs, which installed their courts in the training grounds, as were the cases of “Estudiantes de La Plata” at the time, and Real Betis Balompié, among others.